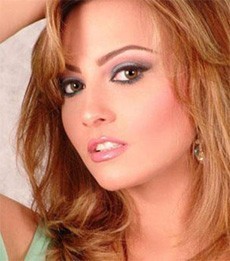 Boshra also known as Boushra is a famous Egyptian singer and actress.

Boshra first appearance was with the hit duet song with Mahmoud El Esseily.


Some tracks are also composed by Boshra,One track, Aman Aman, was filmed for video, directed by Shadi Abdel Alim, costing about 400,000 EGP.

Boshra took role in a movie entitled, El Hekaya Feha Menna, the movie storyboard revolves around a woman called Menna and played by Boshra, she will be appearing in this role opposite Essaf, a rising Egyptian singer in his first acting role.

Help us improve this page:   Correct or update the Boshra page