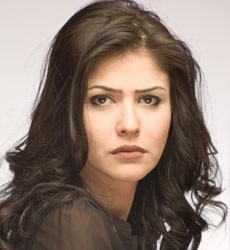 Basma Hassan is an Egyptian actress and TV host.

Basma Hassan was born on October 12, 1976 in Cairo. She studied at the Faculty of Arts, Cairo University Department of English.

Basma was first noticed by director Yousry Nasrallah and by the filmmaker Sherif Arafa.

She is known mostly for the bold characters she plays, such as in The Ostrich and Peacock, or in The Night Baghdad Fell where she got raped.

Basma Hassan was one of the few celebrities that actively took part in the Egypt Protests of 2011.

Help us improve this page:   Correct or update the Basma Hassan page