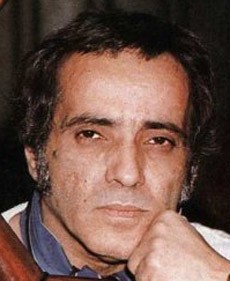 Baligh Hamdi is a famous Egyptian composer from the Arab world.

Baligh Hamdi has composed some of the most memorable and classical songs in the arab history of music.

He has worked on the songs of for many successful Arabic singers, between the 60s and 70s.

In 1960, He composed the song Hob Ayeh for Abdul Wahab Mohammed

Help us improve this page:   Correct or update the Baligh Hamdi page