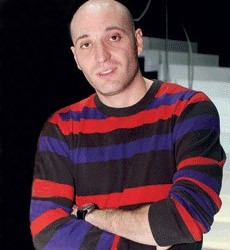 Bachir Asmar (also written Bashir Asmar) studied at USJ IESAV. He naturally took advantage of his father's connections, and his final project featured Miss Lebanon Norma Naoum. Bashir started directing clips for Lebanese and Arab artists even before officially graduating. With the help of his colleagues from university, such as Hikmat Ghazal, he formed a small team and worked on several videos such as Sheil Eidak for Marwa Star.

In 2010, Bachir Asmar moved with his father to Murr Television - MTV Lebanon, where he started directing the new version of Studio el Fan, formerly a leading Talent TV Show in the Arab World.

Help us improve this page:   Correct or update the Bachir Asmar page