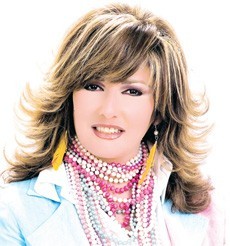 Athar Al Hakim also known as Athar Al Hakeem is a famous Egyptian actress. Athar Hakim was born on the 18th of May 1958.

Athar Al Hakim acted in many egyptian movies and Television series. She is a graduate of the American University in Cairo.

Athar Al Hakim started her career by working in public relations with one of the hotels in Egypt.

She was first discovered as an artist by famous actor and comedian Samir Ghanem.

Help us improve this page:   Correct or update the Athar Al Hakim page