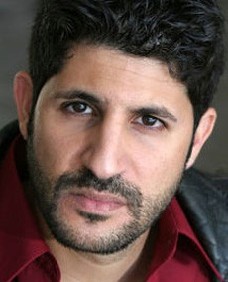 Assaf Cohen is a famous international Actor with Arab origins.

Assaf Cohen was born on the 31st of October 1972 in Mountain View, California, USA. Cohen grew up in Palo Alto and lived for several years in the Middle East.

Cohen attended UC Berkeley, where he received a Bachelors degree in Integrative Biology. He then continued his classical training by earning a Master of Fine Arts in Acting from the Mason Gross School of the Arts at Rutgers University, under the guidance of legendary instructor William Esper. Assaf Cohen has Middle-Eastern features and he is 180cm tall. He is also an advanced Tae Kwon Do martial artist. He speaks Arabic, Hebrew and Spanish.

Assaf Cohen's most popular appearance according to critics was in the movie "Flightplan", along with Jodie Foster.

Help us improve this page:   Correct or update the Assaf Cohen page