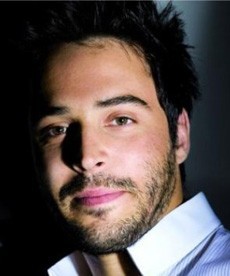 Assaad Bouab is a famous Franco Moroccan actor who was born on the 31st of July 1980 in Rabat, Morocco.

Assaad Bouab first major role was in the movie Whatever Lola Wants, a film directed by Nabil Ayouch. In the movie Assad starred opposite Laura Ramsey who took the role of Lola.

The movie premiered in December 2007 at the Dubai International Film Festival.

Between the years 1999 and 2002, Assaad attended Cours Florent. In the year 2006 Assaad Bouab graduated from CNSAD in Paris.

In the year 2010, Assaad Bouab took role of Flocon in the movie Bande Annonce Rose & Noir.

Help us improve this page:   Correct or update the Assaad Bouab page