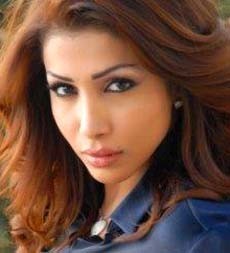 Arwa is a famous Yemeni singer and a successful TV host.

Her real name is Eman Salem Bamiran, and was born on the 27th of July 1976 in Kuwait.

Her parents moved to Cairo, Egypt where she studied at the Cairo University and earned a degree in Engineering.

It the year 1999, Arwa decided to become a singer and since then released 4 albums.

In the year 2009, Arwa became a host of Akher Man Yalam (The Last To Know, an entertainment TV show which aired on MBC.

Arwa hosted her first episode on the 27th of September 2009.

In the year 2010, Arwa got a Golden Award for her hosting talent and her TV show. She was also enlisted in Top 100 Sexiest Arab Women 2010.

Help us improve this page:   Correct or update the Arwa singer page