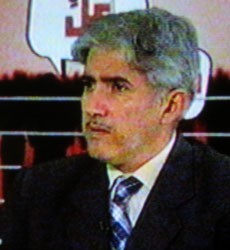 Dr. Antoine Saad is a Lebanese psychiatrist and psychoanalyst.

He is specialized in Liaison Psychiatry, Neuropsychology, Mind-Body and Addiction Medicine.

Dr. Antoine Saad is not necessarily the best in his field, but given he is often invited on television shows his name (just like that of Dr Nabil Khoury) is widely known by the Lebanese and Arab public.

Dr. Antoine Saad is often teased for his awkwardness and his bow-ties (papillions), and is given as an example of the ironic say that states how most psychiatrists need the professional help themselves.

Help us improve this page:   Correct or update the Dr. Antoine Saad page