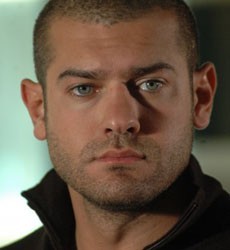 Amr Youssef is an Egyptian actor and former model.

As a young man, he began his career as a male model in advertising and next to pop singers in music videos. He then worked as a TV reporter for Rotana Music Channel. Amr Youssef was then introduced to the public as an actor by producer Mohamad Fawzi next to Nour El Sherif in the TV series "el Dali ", which became a turning point for him on the way to stardom.

He also starred on the big screen in M2lab 7arameia, and Nour 3iney.

Help us improve this page:   Correct or update the Amr Youssef page