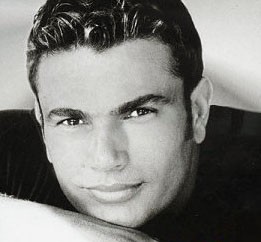 Amr Diab was born on the 11th of October 1961 in Port Said in Egypt from an artistic family. Abdul Basset Diab was amer diab father, he had a nice voice so he encouraged his son Amr to sing. Amr Diab is considered as the contemporary face of Al-jeel pop music, he is one of the most famous singers in the Middle East.

Diab was awarded The World Music Award more than 3 times for being the best selling music artist in the Middle East.

One evening, when Amr was just 6 years old, his father took him to the July 23rd Festival at Port Said There they visited the local broadcasting station and Amr made his first singing appearance on Egyptian Radio performing the National Anthem "Biladi, Biladi".

Amr graduated in 1986 from the Cairo Academy of Art after studing music at the music faculty. Amr Diab first album was entitled Ya Tareek, it had a huge success.

Help us improve this page:   Correct or update the Amr Diab page