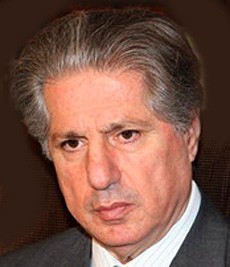 Amine Gemayel is a former President of Lebanon and the leader of Kataeb Party.

His full name is Amine Pierre Gemayel and he was born on the 22nd of January 1942 in Bikfaya, Lebanon.

Amine Gemayel became the Lebanese President from 1982 to 1988 following the assassination of his brother Bashir Gemayel. He got elected by the National Assembly on the 21st of September 1982.

Amine Gemayel is the son of the founder of the Kataeb Party, Pierre Gemayel.

He has two sons Pierre Amine Gemayel and Sami Gemayel from his marriage to Joyce Tyan Gemayel.

During the Lebanese war, Amine Gemayel left Lebanon for the next 12 years, he lived in Switzerland, France, and USA. He came back to be part of March 14 Alliance and to re-enter the Lebanese Political Life. He introduced his son Pierre Gemayel who was a Lebanese MP, but later got killed in a car bomb.

Help us improve this page:   Correct or update the Amine Gemayel page