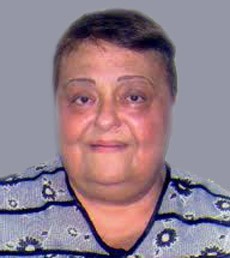 Abi Saleh was born in Dhour Choueir in 1945 in Al-Metn. In 1955, her parents got divorced when she was only ten, so she had to move to Latakia in Syria with her father. After few years, she moved to Milan in Italy, where she had her first acting role. She joined an entertainment group that toured Europe with performances at U.S. military bases across the globe.

In Italy, Abi Saleh got her first experience in acting, joining an entertainment group that toured Europe with performances at U.S. military bases across the continent.

In 1964, she moved back to Lebanon where she started her acting career, starring in several TV-shows and theatrical plays.

In the 1970s, Amaliya took part in several stage plays. In cinedma she acted in the movie "Zawjati Min El Hippies" with renowned Syrian comedian Duraid Lahham and the movie "Zaman Ya Houb" with Farid El Atrache.

In 1981, Amaliya Abi Salih had a memorable role in Al Moalima Wa Al Ostaz (The teacher and the professor) with Ibraheem Merashli and Hind Abi El Lamma.

In 2013, Amalia had an accident almost and could no longer walk. She was denied medical attention at first because she had governmental Health Ministry Insurance, which prompted a donation campaign to help her out. She voiced her plight via social media platforms which soon spread her misfortune like wildfire after fans and humanists alike shared her message.

Help us improve this page:   Correct or update the Amalya Abi Saleh page