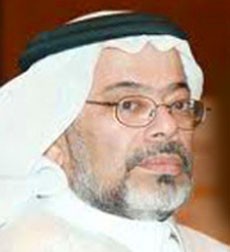 Ali Hassan Al Jaber is a famous cameraman and reporter for Al Jazeera Television who was ambushed outside Benghazi city in Libya.

Ali Hassan Al Jaber died on the 12th of March 2011 while covering the unrest during the Libya Protests.

Ali Hassan Al Jaber was returning to the city of Benghazi from a close by town after preparing a video report from a protest when some fighters opened fire on a his car.

Ali Hassan and another colleague were shot. Ali Hassan was rushed to a near by hospital, but did not survive his wounds.

On the 17th of March 2011, The National Human Rights Committee - NHRC announced an annual world award in the name of Ali Hassan Al Jaber. The announcement of this award came during the annual Arab day for Human Rights, which took place at the Grand Regency Hotel.

The Ali Hassan Al Jaber yearly award will be granted to the media personalities and workers who work with human abuses and violations and show courage and dedication in their work.

The death of Ali Hassan came as an assassination and his death came as a violation to the human rights and the freedom of speech.

Ali Hassan Al Jaber will always be remembered as a media hero and one of the most courageous reporters in the Arab world.