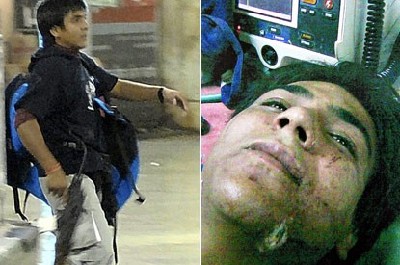 Mohammad Ajmal Amir Iman Kasab, also known in short as Azam Amir Kasab or simiply Kasab Terrorist belonging to Kasai or Kasab caste is a terrorist involved in the November 2008 Mumbai attacks which took place in and around the Taj Mahal hotel which is owned by Ratan Tata.

Ajmal Kasab was born on the 13th of July 1987 in Faridkot, Punjab, Pakistan.

Ajmal Amir is the only gunman captured alive by police and is currently in Indian custody.

As per many news and police and investigation sources, the name of the mumbai killer terrorist has many variations mostly known under the following names Ajmal Kasab or Ajmal Qasab.