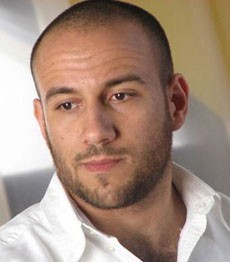 Ahmed Mekki is an Egyptian actor, a Director and an author. Mekki was born on the 19th of June 1978. He is the younger brother of egyptian actress Inas Mekki.

Ahmed Mekki directed the film the seventh sense in 2005, an egyptian movie which starred Ahmed Fishawi.

In the beginning of his acting career, Ahmed Mekki took tole in the movie Ibn Izz with director Sherif Arafa in 2002.

He also took the acting role of Haytham in the Egyptian tv series Tamer wa Shawkiya in 2006.

Help us improve this page:   Correct or update the Ahmed Mekki page