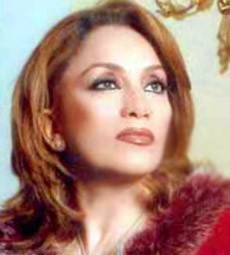 ahlam Mostaghanemi was born on the 13th of April 1953 in Algeria, she is the daughter of the famous Algerian revolutionary leader Mohammed Cherif. ahlam Mosteghanemi currently lives in Beirut Lebanon.

Mostaghanemi was the first female algerian writer who got her books translated into English.

She had the first two books from a trilogy translated into english. The first is entitled Memory in the Flesh and the other is Chaos of the Senses. The books talk about the algerian struggle for postcolonial success and security.

Help us improve this page:   Correct or update the Ahlam Mosteghanemi page