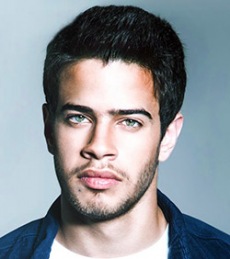 Adham Nabulsi is a Jordanian singer of Palestinian origin, , who became famous after taking part in the TV Talent show X Factor Arabia 2013.

Adham Nabulsi was born in Amman. He showed interest in music at an early stage, and began his singing career with the Jordanian Band Yala. He then took part in the first season of X Factor, where he earned the trust and admiration of the jury members, which were then Carole Samaha, Wael Kfoury, Elissa and Hussein Al Jasmi. Adham qualified for the finals and made it to 3rd place.

Adham Nabulsi has released a couple of singles since then, including "ossetna kholset" (our story has reached its end) in the Lebanese white dialect.

Help us improve this page:   Correct or update the Adham Nabulsi page