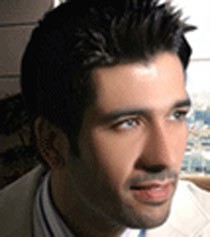 Jad Tawokji talked about his predictions for the year 2009:

- Israel gets defeated at the hands of heroes.

- Strained relations between the United States and Arab allies.

- The emergence of the truth and accountability of international criminals.

- The separation between the allies in the bloc, a senior.

- The return of the global economy to normal.

- A natural phenomenon of concern to the Lebanese people.

- The collapse of a major institution.

- A significant change in Lebanon's internal politics and regional levels.

- Lebanese parliamentary elections, delayed from the scheduled date. And many problems have arisen.

- Lebanon's economy and the prosperity of economic projects and substantial development.

- The emergence of a regional war on the horizon, and confrontations with the enemy.

The year changes of the lion, and the arch of pregnancy.

Years of work and projects for the balance and Aquarius.

Breakthroughs in the scorpion, the whale, cancer.

Year contracts and accounts of my grandfather, Taurus and Virgo.

Help us improve this page:   Correct or update the 2009 Predictions by Jad page