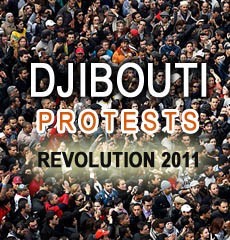 Protests in Djibouti started in a similar fashion to the Middle East Protests which took place across various countries in the region.

The Djibouti protests started in the month of January 2011, as people wanted the President of Djibouti, Ismail Omar Guelleh, to step down from his seat which he occupied since 1999. His government itself has been in control since 1977.

Ismail Omar changed the constitution recently so that he could run for a 3rd time in office. This change of constitution made the people of Djibouti furious.

Jean-Paul Noël Abdi, the President of the Djibouti League of Human Rights was arrested on the 9th of February 2011.

On the 3rd of March 2011, Djibouti ordered its opposition party to cancel its anti-government protests which were to be held on the 4th of March 2011. The government was trying to avoid any violence similar to what happened in the past.

In response to that, the head of the opposition Djibouti Party for Development, Mohammed Daoud, said that the demonstrations will take place as planned.

Help us improve this page:   Correct or update the Djibouti Protests page