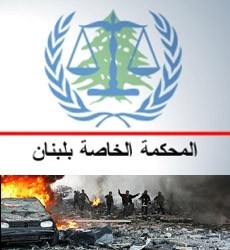 Is the Special Tribunal for Lebanon a CIA Conspiracy or a long awaited Justice by the United Nations International Independent Investigation Commission?

The Special Tribunal for Lebanon is thought by many to be a mere political instrument, established at the initiative of the CIA after the Mossad had assassinated Rafic Hariri, with the purpose of meddling in Lebanese internal affairs and weakening its national security, and more importantly disfiguring the sound reputation of Hizbollah, igniting Sunni-Shia tensions in the region, and finally undermining their sworn enemies Syria and Iran.

Conspiracy experts in the West had already warned about it since the beginning, but later evidence came to back up their claims. Like with all other conspiracies, for it to work the general public opinion was worked over into submission through fear. Fear achieved through more explosions and assassinations, along with a heavy media propaganda.

Those who believe this say that because the priority of the US and Israel was first to get Syrian troops out of Lebanon, the first ones to get blamed for the explosion were the Syrian and Iranian governments. A pro-western government took over, and four Lebanese generals were arrested based on falsified testimonies. Despite lack of evidence, they remained in jail for years after that, until it became impossible to keep the lie up any further with people like Samar El Hajj that constantly delegitimized the Commission by highlighting its flaws through TV appearances and conferences.

Gradually the finger started to shift towards Hezbollah, something completely unimaginable and absurd at the beginning; Hariri was a strong supporter of the resistance and flew the world to lobby for its support. This was made possible thanks to the constant media bashing (inflaming Sunna-Shiia tensions) along with traps and incidents on the field that placed the party in very difficult situations.

More recently, Secretary General Sayyed Hassan Nasrallah gave in a televised speech on July 2nd 2011 more information to unequivocally prove the Tribunal is a Judicial Farce and the Investigation Commission a Charade. This came after the Tribunal issued an indictment that accused members of the party. To note that the names were leaked years ahead of schedule through Der Spiegel and other media sources.

The following is what appeared in his speech that was broadcast on most Lebanese and Arab televisions:

Questionable Investigation and Investigators:
Prosecutor of the International Tribunal Daniel Bellemare did not express any interest in the Circumstantial evidence which had been brought forward earlier and completely ignored the path of Israel. (The party previously submitted evidence of caught spy planes signals above the crime scene in Lebanon, as well as compelling confessions by arrested spies).

Not only that, but the investigation was actually done in cooperation with Israel a potential suspect.. In 2005, Mehlis admitted to Le Figaro that he was getting information from Israel

Conflict of Interests: Questionable backgrounds of Court and Inquiry Commission staff members The adoption of neutral officers for the investigation was not respected. Most officers and advisers have strong negative opinions towards the resistance including Nick Kaldas, Michael Taylor, Doreid Becheraoui, Darryl Mendes, Robert Baer,...

Antonio Cassese, the President of the Court, is also a a great friend of Israel, according to the testimony of his close American friend George Fletcher while attending the Herzliya Conference. In a handwritten letter dated April 21, 2006 Cassese also addressed Israel showing concern regarding its former security minister Avi Dichter, and his commitment to Israel the only democracy standing up against the tyranny of the surrounding countries, describing along the way the people of Gaza as terrorists.

Corruption:
Many of the investigators and their associates were morally corrupt and unprofessional, such as Gerhard Lehmann investigating officer under Mehlis. Lehman had sold documents from the investigation. A hidden camera taped him in the month of January 2006 as he was getting paid in cash for such documents. In a similar incident, the former German intelligence officer reportedly also tried to enter into a deal with Maj. Gen. Jamil Sayyed, but the latter refused.

False Witnesses:
Bellemare pursued in person and through a number of other officials, the lifting of the Interpol red notice on false witness Zuhair al-Siddiq.
See also HakikaLeaks

Lack of Confidentiality in Investigation:
Most of the names indicted were leaked and published in the media months in advance. There seems to be a deliberate leak by the International Commission of Inquiry to tarnish the image of the resistance.


Political Exploitation:
The release of the indictment was repeatedly used in support of the 14 March group and as a deterrent to their opponents, starting from the parliamentary elections. Its actual release was also done simultaneously as Najib Mikati was announcing his ministerial statement for his new government, as an attempt to overshadow and possibly bring it down.

Freight documents taken from the Israeli border Tax Division: After the transfer of the international investigation committee staff members, investigators and equipment from Lebanon to the Netherlands, more than 97 computers and devices were shipped to Israel through the Naqoura borders, instead of heading to the court in the Netherlands via Beirut International Airport .

Help us improve this page:   Correct or update the Special Tribunal for Lebanon Conspiracy or Justice page