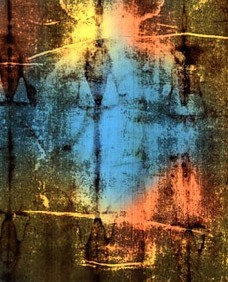 Shroud of Turin Authentic or Fake

One of the most studied artifacts in human history, the Shroud of Turin is thought to be the veil wrapped around Jesus Christ’s corpse right after crucifixion. The Shroud is the most symbolic relic in Christianity and is fervently kept at the royal chapel of the Cathedral of Saint John the Baptist- Italy.

The rectangular cloth (4.30m/ 1.08m) has been scientifically proven to bear the exact traces of the physical trauma and injuries inflicted during the Passion of the Christ. The identified blood markings and serum outlines accurately trace the wounds described in biblical texts (wrist piercings, forehead punctures, feet wounds etc…). Paradoxically, this only ignited prior insinuations by skeptics of a possible hoax.

Anatomical studies have shown the image on the Shroud to be flawless. It is an accurate transposition of impressions formed by direct or indirect contact with a corpse. Recorded levels of iron oxide, a natural residue of hemoglobin, are proof of a blood trenched fabric. However, the significant presence of very pure iron oxide also coincide with the simple pigment materials often used in coloring materials of medieval times; An era when numerous forged religious relics started popping up. Incidentally, the first recorded historical trace of this particular Shroud (there were others actually) also dates back to that same period!

More recent X-ray fluorescence examinations, as well as infrared thermography tests, dismissed the presence of paint pigments. The Shroud also bears other reddish stains with traces of popphyrin, bilirubin, and albumin, all constituents of blood serum and hemoglobin (but not exclusively). Some studies even suggest an AB type of blood, but it is uncertain whether these stains were produced at the same time as the rest of the image, or added afterwards as cover-up. Another theory could be that of an authentic piece, which was later on touched up for more visual appeal.

The most intriguing discovery to date remains the three dimensional quality carried by the Shroud of Turin. The photographic negative image left by the stains actually has the property of decoding into a 3-D image. The formation of the Shroud image could very well be the result of an energy source or irradiation from within, all in concordance with the biblical tale of Christ’s resurrection and the light that was released. The intensity of the image therefore varies inversely to that of the distance between the corpse and the cloth: The darker parts of the image relate features of the man that were closest to the shroud and the lighter areas of the image those features that were farthest. The image is also mostly superficial and makes the theory of a painted forgery unlikely.

After it becomes more reasonable to assume that the Shroud could be an authentic piece of cloth bearing the traces of an actual crucifix, the controversy moves to a more polemic debate: the identity of the man himself…

Independent Radiocarbon dating C14, carried out simultaneously by the University of Arizona, the Swiss Federal Institute of Technology and the University of Oxford, on a small sample taken from one corner of the Shroud dated the relic to between 1260-1390 AD with 95% confidence. The man in the image can therefore not be Jesus Christ, but someone from a much later time. This echoed once more the first appearance of the shroud in church history, to the skeptics’ delight.

Not for long! In 2010, three professors of statistics showed that the statistical analysis of the dates obtained from the three laboratories suggests the presence of an important contamination in the samples. This could explain the variations of more than 200 years in the results obtained by these sources. The carbon study assumptions also neglected the fact that the Shroud was restored on numerous occasions throughout its life, making its precise dating quite problematic. A 2000 year old fabric could not naturally be in the excellent preserved state the Shroud of Turin is in. A visit to St Charbel’s Museum/Sanctuary, where his heavily deteriorated clothes are on display is enough to put things back into perspective, especially that those items are much more recent. In fact it is widely know that in 1532, the Shroud of Turin suffered damage from a fire in the chapel where it was stored, and was repaired by the Poor Clare Nuns. Many subsequent repairs were then made to it afterwards. It is highly probable that repairs were also done to it at a much earlier stage.

A closer look at the section where the swatch was cut out, as well as studies done on small particles of fibers left aside by the laboratories, showed the existence of different types of fibers and strings closely interlaced. At first, this went unnoticed. In fact this ancient technique is only now present in just a few places of the world, including Lebanon. It is locally known as “Ret”, and consists of seamlessly interweaving new strings into a deteriorated fabric, with astonishing results. Ret Beidoun-Verdun is one of the few remaining shops in Lebanon to offer such services.

The determined scientists rushed to request yet another sample of the Shroud. Unfortunately, the relic had been in the mean time treated with a formole enriched substance meant to protect it from bacteria and prevent further deterioration. This also made any future carbon studies inaccurate and therefore inconsequential.

Was this a Coincidence or a deliberate intention? Another creative idea that would solve the dilemma soon surged up. The burnt areas and especially the black carbon which had been taken out and safely put aside during an earlier restoration could provide the missing information. To this date, the reluctant Holy See is yet to provide the scientists with the permission to carry out further investigations.

Help us improve this page:   Correct or update the Shroud of Turin Authentic or Fake page