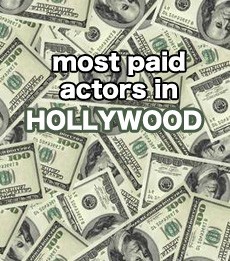 On the podium, he was succeeded by Ben Stiller and Tom Hanks. Adam Sandler took the fourth place, just ahead of the attractive Leonardo DiCaprio and the most famous of wizards Daniel Radcliffe! With $ 14.6 million earned this year, Robert Downey Jr. came in seventh position, ahead of Tom Cruise, Brad Pitt and George Clooney.

Help us improve this page:   Correct or update the Highest Paid Actors in Hollywood 2010 page