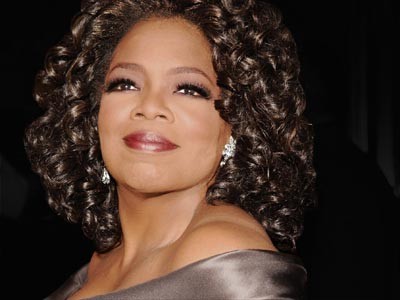 Oprah Winfrey has failed to maintain weight and a healthy diet, despite all the success achieved in her briefing.

Recently, Winfrey sounded the alarm after he was weighing 200 pounds, or about 91 kilograms. Opera has appeared on the cover of the latest version of the magazine O As it was before the grace period of time, alongside another photo of her fat Aabsp, she wondered what happened to, while carrying a large magazine headline says: "How this is allowed to access?"
No one can forget the day that Winfrey has lost 30 kilograms of weight, and brought a large bag of meat in its equal to the lost, to express her delight to the public in accomplishing this.

Opera tried to reduce weight in 1994 and participated in a long race to run, and in 1996 she even hired a special coach, and declared war on fatty foods. Winfrey was very shy, she was not able to wear a dress, which she had planned to wear at the receipt of Barak Obama office officially next month.

While filming one of its workshops with Cher and Tyna Turner, Opera described herself as s dairy cow and hoped it would disappear from this presence.

Meanwhile, the nutrition specialist Lisa Dreyer opera that is not the only one located in such a problem, she says: "It's all a closed circuit, when we are becoming increasingly frustrated weight, Venottagh to the nearest candy shop, eat and the harbor, only in the hope that Feel better. "
The almost two-thirds of Americans suffer from obesity, which leads to increased risk of heart disease, gallbladder stones, and cancer.