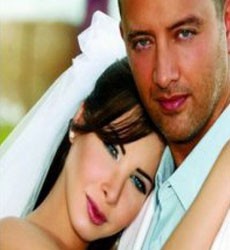 Nancy Ajram will divorce her husband Fadi Al Hashem soon 2011-2012, according to Leila Abdel Latif, even if she gives him another baby!

In 2009, rumors were already talking about Nancy's expected divorce due to domestic disputes. Apparently, he is competing for her attention not with another man but with her career! Nancy is constantly absent and is way too busy and caught up with her concerts and videos, while her husband wants her to spend more time at home and take care of their household like a traditional mother and wife( something Nancy doesn't seem to be ready for yet).

Help us improve this page:   Correct or update the Nancy Ajram Divorce page