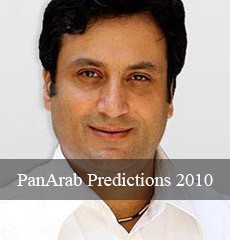 Morocco sparkles in the world of beauty, tourism and art.

The king will become more popular due to some bad event.

Qatar to excel in Sports which draws a big attention to the it.

Cold relationships to occur between the main leaders in Qatar.

A Qatari official health problems in the news.

A celebrity is banned from entering Egypt.

Normal and steady relationship between Syria & Egypt is on the way.

Because of major problems, many attempts for change will fail.

Weak steps towards restoring a good relationship between Hezbollah and Egypt.

Sudden climate change in Jordan will cause many negative effects to the country, resulting in a quick meeting to try and solve the issue.

The Jordanian Royal Palace is under threats of terrorism.

Religious sites in Jordan are shown in a remarkable way.

An Emirati personality gets assigned the place of a former Emirati for a specific duration.

A religious incident and some terror schemes occur one of the Emirates.

The power of President Omar Al Bashir towards decline.

A person related to Saddam Hussein will make the news.

Political tension and negativity towards the prince of Kuwait.

A security incident occurs in public.

Muammar Al Gaddafi gets out of the flock.

Help us improve this page:   Correct or update the Michel Hayek 2010 Predictions page