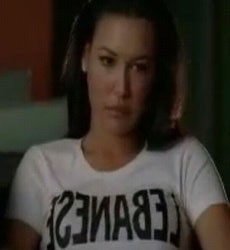 Lebanese is rapidly becoming the new word for Lesbian in Urban mainstream slang...We investigated the source of this trend, and this is what we found...

Most Lebanese might not be aware of this (someone better tell Tony Khalifeh lol) and neither did we (well a few on the team apparently also knew), but Lebanese is the new word for Lesbian!

Actually it's been around for a long while now, but recently it has gone crescendo, with the Gaga gracing the Lebanese with her Born This Way song. (Refer to Gaga offends the Lebanese)

Lebanese is just a coy way of saying "lesbian" in public.

Quoting the following example from the Urban Dictionary (which we will be referring to a lot in this research) :

The trend apparently began with the TV series Golden Girls (very popular among lesbian viewers). In one episode, there was a funny quiproquo scene whereby Blanche thinks Jean is Lebanese when told she was a Lesbian.

The two words bear common alphabetical letters and relatively sound similar when pronounced quickly to inexperienced ears not accustomed to the country in question.


The funny confusion between the two words kept resurging in the most unexpected places.
On Fox News in 2006, the TV host says War on Lesbians instead of War on Lebanon before quickly rectifying the mistake.


In another funny incident, Salma Hayek had to explain: "Im Lebanese not Lesbian"
Below is part of an interview on Irish TV Show in 2008:


This word play has become so popular it has been used in all sorts of contexts. In one joke, referring to Sarah Palin's poor knowledge in foreign policy, she is quoted as saying:
"I know about foreign policy, after all I know Dick Cheney's daughter and she's Lebanese."


This issue recently appeared again on Glee in a special ninety minute episode focusing on accepting who you are and being comfortable in your own skin. It featured a performance of "Born This Way", where the actors wear white t-shirts bearing one thing about themselves they are ashamed of. Brittany confronts Santana about accepting herself and hands her a t-shirt with the word "Lebanese" on it instead of "Lesbian".


Help us improve this page:   Correct or update the The meaning of Lesbanese page