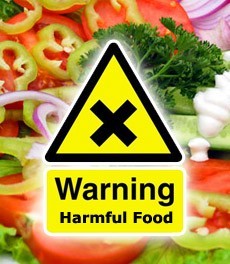 The Healthy Foods are Harmful

A New research made by American scientists at the Scientific Center for Public Opinion Research have conducted a research and listed some of the harmful foods which we consider as Healthy.

The reason they are found harmful is because they were the cause of many bacterial infections to most humans for more than 2 decades.

Harmful food are mostly those foods which cause public illnesses around the world.

On the top of the Harmful food list came Fish, Eggs, Cheese and other seafood such as oysters.

It was also shocking to find out that potatoes and tomatoes were listed as harmful since they caused many bacterial infections to humans. Potatoes alone caused more than 3000 diseases around the world.

The Leafy greens and Green Herbs such as Parsley and Dill are also harmful because they caused more than 14000 cases of salmonella and E-coli in the USA alone.

Salmonella, is one of the most dangerous and harmful bacterium, it is found in many foods and have been the cause of food poisoning in around 40 percent of the times.

Help us improve this page:   Correct or update the The Healthy Foods are Harmful page