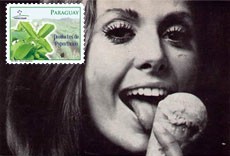 Stevia is a Zero-Calorie Natural Sweetener and sugar substitute.

Originally imported from Paraguay, the world's largest producer of Stevia today is Bolivia. Despite its centuries-old use without reported toxicity in Latin America and Asia, including Japan, the FDA decided in 1991 that Stevia was an unsafe food additive and ordered all imports seized. Coca Cola, which holds a large share of the aspartame industry, reportedly blocked the introduction of this tough competitor! More recently, the FDA was forced to admit Stevia was safe with no evidence of toxicity, declaring it admissible as a dietary supplement. Around 2009, Coca-cola could no longer ignore the trend and produced special sodas sweetened with Stevia.

Stevia is expected to be the future of Food Edulcorants and sweeteners, especially in the soda and soft drinks Industry. With its steviol glycoside extracts of up to 300 times the sweetness of sugar, and negligible effect on blood glucose, Stevia is very attractive to start-ups, and many countries have already started substituting their other plantations with that of Stevia.


Stevia is now easily available off the counter as a food and drink supplement without the chemicals of artificial sweeteners and calories of sugar! It is also safe for diabetics and hypoglycemics. It is available in convenient powder packets, tablets, and even in a liquid form.

Help us improve this page:   Correct or update the Stevia Sugar page