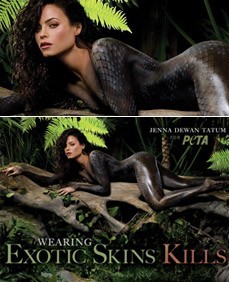 PETA - People for the Ethical Treatment of Animals in Beirut

PETA (People for the Ethical Treatment of Animals), the largest animal rights organization in the world, has set Beirut as its next target campaigning destination!

PETA mainly works on preventing animal suffering. It focuses its attention on factory farms, laboratories, the clothing trade, and also the entertainment industry (Circus, zoo, etc…). They also work on fighting a variety of other issues, including the cruel killing of poultry or pests, as well as the abuse of backyard dogs and stray cats.

….and Beirut is next on its Agenda! We are not sure how they will be received, as the country has so many other priorities. But then again, someone has to take care of our animal friends. Beirut is therefore going to witness the launch of a poignant campaign to raise social awareness on the mistreatment of animals in Lebanon and the Arab World.


Before we go any further, it is important here to help you distinguish two concepts that are often confused. Animal Welfare vs. Animal Rights. Animal rights advocates do not distinguish between human beings and animals. They reject all animal use, no matter how humane. You can kiss your chicken burger goodbye! This is the case of PETA. On the other hand, animal welfare is the human responsibility that encompasses all aspects of animal well-being, including proper housing, management, nutrition, disease prevention and treatment, responsible care, humane handling, and, when necessary, humane euthanasia. This is what the AVMA for example endorses.

PETA in Beirut : So what are we to expect you ask????? An activist meeting is taking place in Beirut this coming Monday the 19th of July. PETA staffers along with local activists will undergo a brainstorming session on how they can campaign more effectively in Lebanon as well as how they can help get the locals to be more active for animals. Many Local groups will also attend the reunion, creating a great opportunity for them to recruit more volunteers from their local communities.

The picture you see above is part of PETA’s latest campaign. It features the famous Lebanese American actress Jenna Dewan Tatum. ( Who is currently competing in the Top 100 Sexy Arab Women 2010 ). Jenna is covered in snakelike bodypaint, to call attention to the millions of snakes, lizards, alligators, crocodiles, and other reptiles that are killed for their skins, only to be then turned into accessories. Many of these animals are still alive as the skin is ripped off their bodies! In PETA’s words, the snakes have their bodies cut open from one end to the other and their skin ripped off. Then they are tossed aside and struggle and writhe in pain for hours or even days until they die. Similarly, the majority of alligators used to make purses and shoes are raised in crowded, fetid tanks filled with feces and urine. These animals are stabbed, beaten, or clubbed until they stop moving.

We are sure the next time you are about to purchase a wallet, a snake belt, or a croco hand bag, this repugnant image will instantly pop up on your mind ;)

Their upcoming Lebanese campaign might feature a Haifa Wehbe drenched in blood, or maybe even a sexy Myriam Klink in Leopard print locked up behind bars at a circus. Now that would definitely be a strong statement!

Update
Peta appeared in Beirut in the form of Man wearing a big plastic condom, they were trying to create awareness about homeless pets. Fanoos was there and had an exclusive interview with Condom Man in the street of Hamra. We also took great photos of the Event, check them out in the Peta Campaign Photo Gallery

Help us improve this page:   Correct or update the PETA - People for the Ethical Treatment of Animals in Beirut page