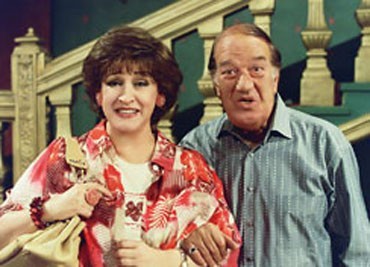 I asked few people of different age groups which series are they watching this Ramadan.. And their answer was almost the same... (Series? ... well is there anything new this year?) To my surprise they did not know that the television stations in our world are currently crowded with more than 15 good and well made series.

So let me do a quick summary for those who don’t know and wish to know of course.

The Whole Topic might not even interest you; it is mostly targeted to people who are above 30s and who really enjoy watching Arabic Series on Television.

I will list the series randomly and without any bias, so excuse me if I missed one or two series because they are many.

Hadrat Al Mutaham Abi
staring: Nour El Sharif
story: The Life of Abdul Hamid who a school teacher that gets a involved with his student problems.
playing on: DUBAI

Bab Al Hara
Story of a Syrian society in the year 1929.
playing on: MBC

Help us improve this page:   Correct or update the TV Series Ramadan 2006 page