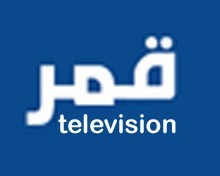 Qamar is a free to air 24 hour satellite channel broadcasting on ArabSat from Lebanon.

Qamar TV or Qamar Television is the first arab channel dedicated to astrology.

Qamar TV will host famous astrology personalities from Lebanon and the region. Joumana Kobeissi, Karmen Chammas and more will be featured on Qamar TV.

Qamar TV will host some of the main psychics, astrologists and predictors in the region, giving its viewers the possibility to consult their favorite astrologist and get their daily astrological predictions to their mobile phones.

Since the Arabs care so much about astrology, Qamar TV has all the astrology you need, with an arabesque image and feel.

Help us improve this page:   Correct or update the Qamar Television page