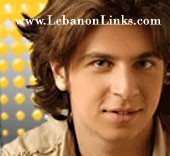 Mohamed Kammah is a Star Academy 4 Candidate from Egypt. Mohammed kammah was born in Cairo in 1987. He is studying business management. Mohamed Kammah loves art, he was into music since he was a child, he owes it all to his family and his father who comes from a musical background family.

Mouhammed Kammah is a multi-artist talented guy, who carries his music instruments with him where ever he goes.

Mouhamed Kammah loves the Donald duck cartoon character and he imitates his voice very well. During the summertime Mohamed Kammah enjoys staying in their home in Alexandria, Egypt.

Help us improve this page:   Correct or update the Mohamed Kammah page