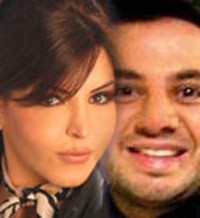 Cat fight between Rima and Nishan

Despite their exaggerated efforts to appear to the public as close friends (one always calling whenever the other is being interviewed on air to throw in a few compliments, for example), Rima Njeim and Nishan Haroutyounian are said to be at each other’s throats when backstage, due to their sick reciprocal jealousy and competitive egocentric natures.

They will each be hosting a TV show during Ramadan, which will run simultaneously on two competing channels.

Help us improve this page:   Correct or update the Cat fight between Rima and Nishan page