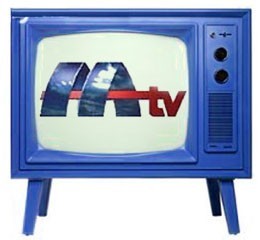 MTV is back. Or is it? After seven long years of intermission imposed by the government of late Prime Minister Rafik Hariri, the Lebanese MTV will soon resume its broadcast, in what seems to be the craziest paradox in Lebanese history! Apparently, we are to expect a morphed, genetically modified MTV (with lots of MSG), similar to Solidere’s buildings with their beautifully preserved exteriors and totally renovated and furnished interiors, i.e. with their “guts” completely pulled out and spirit for ever altered!

But why now, you might ask? MTV was the symbol of freedom back then. This proud defiant station denounced the Syrian occupation and the injustice of their Lebanese allies. It was a tribune for freedom fighters, and adopted the cause of the then exiled Michel Aoun and his supporters here in Lebanon. The station was seen as a threat and forced to shut down, despite the valiant demonstrations by the Free Patriotic Movement’s partisans (FPMers).

The new owners are said to be Samir Geagea (who lost LBC to Pierre Daher, and is expected to be in charge of the political section), Antoine Choueiry, along with the old owners Jihad and Gabriel Murr.

It seems Amine Gemayel also has shares in this enterprise, but most of the financing at start-up (estimated at around 20M$) is apparently coming from, you guessed it, Saad El Hariri! In a last attempt to brainwash and push his supporters away from him, MTV Lebanon will primarily be a propaganda tool financed by the Saudis (through Hariri) targeting the Christian community, before and during the upcoming elections, to discredit Michel Aoun.

This is what LBC has been partially attempting since 2005, in vain. So far, Orange Television - OTV has managed to offset most of the misinformation...

In the past, MTV meant a lot to FPMers. It was part of their cause and history. They stood to defend it, and demonstrated and got beaten up for it! This emotional bond will be fully played up and abused in this strategy, since LBC Lebanon is not fully compliant (despite its obvious bias) and Future Television has no effect on the Christian community.

But the inevitable dilemma comes from the fact that Murr Television - MTV Lebanon won't have such an effect on OTV and its audience base, instead will compete for and incidentally gobble up some of LBC's viewers, who have also previously been diminished by OTV’S breakthrough. OTV’s ratings will therefore not be affected. Furthermore, if MTV is under the official control of the Lebanese Forces (LF), then LBC might eventually strike back by being more neutral to enlarge its audience base.

On the other hand, with Choueiry (a hardcore LF) investing directly in MTV while maintaining the distribution and marketing of advertising space on LBC, a clash in contradicting interests is bound to emerge! LBC might take another blow there too.

MTV is expected (obviously) to recover enough of its old staff, such as Claude Abou-Nader Hindi and Ghayath Yazbek from ANB.

While May Chidiac (also hardcore LF) is staying at the Lebanese Broadcasting Corporation - LBC, Tanya Mhanna and Walid Abboud will move to MTV. Journalist and LBC anchorman Walid Abboud has submitted his resignation and will be MTV's editor-in-chief, when the station resumes operations.
We would like to wish the station and its staff members good luck, as this will only mean more programmes for us to watch :) In the end, only the critical sense of the Lebanese viewers (if they have any left!) will determine how far our TV channels can go in their deliria and rudeness. Keep watching...