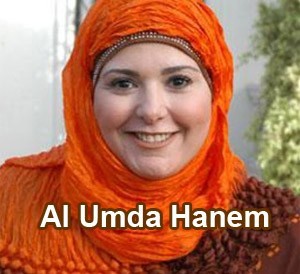 Al Umda Hanem is played by Egyptian actress Sabrine who also played a successful in the television series Um Kulthum during Ramadan 2000.

Umda Hanem is the story of a Mayor of a village in Egypt who fights all chances of prosperity for his village.

His wife, played by Sabrin on the other hand, disagrees with him and decides to run in the village elections, she competes with her husband and wins with a majority of votes.

Elected as the New Umda (Women Major), She tries her best improve the life of the villagers and help solve their problems.

Help us improve this page:   Correct or update the Al Umda Hanem page