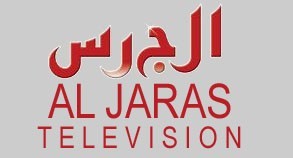 During the the year 2006, Celebrity Nidal Al Ahmadieh has launched her own Television Station.
Al Jaras TV, or Jaras Television is just the next media outlet for Al Ahmadiya who owns and operates Al Jaras Magazine.

Al Jaras Television can be viewed on ArabSat and Nilesat Freq: 11785 Vertical.

Around the year 2010, Nidal resigned from Jaras TV. The TV station is currently operated by Mr. Jawdat Mallak.

Help us improve this page:   Correct or update the Al Jaras Television page