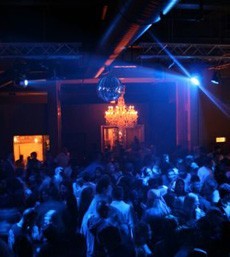 ACID Nightclub Forced to Shut Down

The infamous ACID Nightclub in Beirut (Sin el Fil) was forced to close its doors. The club, mostly known for being gay friendly, had reached international notoriety with party goers flocking to it from all over the Arab World and even Europe and America. The venue isn’t exclusively gay though, and many swear they go there for the great music not just for the private cubes!

The real reason behind this is not yet clear. ACID owners said the place was ordered to close down by the Municipality, following noise complaints by their neighbors. Other sources claim the nightclub was raided by the Police who also arrested a few clients.

The most likely reason is the following. The club owner was supposedly offered to purchase a building right in the vicinity of the club and that for an unreasonable price. Since he wasn’t being so responsive, they filed the complaint in a way to force the club owner to purchase the property.

It is very interesting to see how this issue is being dealt with in the press. While some homophobic journalists are rejoicing (including Al Jaras Magazine) and calling this a victory for Lebanon and its youth, others (especially from Gay Rights Groups) are calling it discrimination against the gay community of Lebanon.

In all cases, it seems ACID night club will reopen its doors soon… to be continued.

If you liked this article you should also read Toronto Gay Pride as well as Beirut Gay Parade and Bear Arabia.

Help us improve this page:   Correct or update the ACID Nightclub Forced to Shut Down page