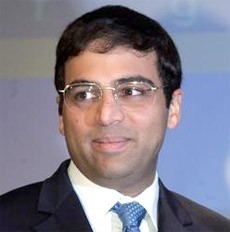 In the year 2000, Viswanathan Anand won the FIDE World Chess Championship. During that year the world chess title was split.

He became the undisputed World Champion in 2007 and defended his title against Vladimir Kramnik in 2008.

Viswanathan Anand became the first player in chess history to have won the World Championship in three different formats: Knockout, Tournament, and Match.

Viswanathan Anand will defend his title in the World Chess Championship 2009 against the winner of the challenger match between Veselin Topalov and Gata Kamsky.

Help us improve this page:   Correct or update the Vishvanath Anand page