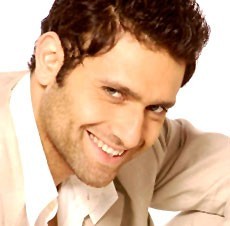 Shiney Ahuja was born on the 15th of May 1973 in New Delhi, India. He is a famous Indian actor, who completed his studies at the St. Xavier's School, Ranchi. After that he moved to The Army Public School, Dhaula Kuan in New Delhi.

In the year 2006, Shiney Ahuja won the Filmfare award for the Best Debut actor for his role in the movie Hazaaron Khwaishein Aisi.

Between the years 1992 and 1996 Shiney Ahuja was first attracted to Theater and he joined Barry Johns acting School in Delhi, at that time he was studying at Hans Raj College , University of Delhi.

In the late 1996 he moved to Mumbai to persue his acting career as a bollywood actor. He took role in famous movies such as Fanaa, Bhul Bhulaiya and Life is a Metro.

On the 15th of June 2009 Shiney Ahuja was sent to police custody till June 18 for allegedly raping his 18 years old domestic maid who accused him of the act. Shiney Ahuja has confessed that he did it with her consent.

Help us improve this page:   Correct or update the Shiny Ahuja page