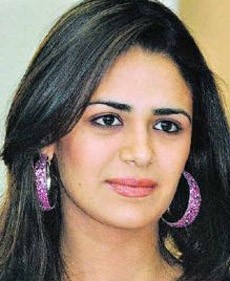 Monda Singh was born on the 8th of October 1980 in india.

Mona Singh was a winner in the 2006 Jhalak Dikhhla Jaa.

Mona appeared as a guest in the televised series Kandy Floss along with Sakshi Tanwar.

Mona hosted the Champion Chaalbaaz No.1 in the year 2007.

In the year 2008, Mona Singh was the host in the Naya Roop Nayi Zindagi.

Help us improve this page:   Correct or update the Mona Singh page