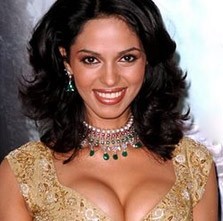 Mallika Sherawat used the screen name of Mallika which means to Empress, in order to avoid any confusion with another indian actresses with the name Reema. As for the word Sherawat, it is the maiden name of her mother.

Help us improve this page:   Correct or update the Mallika Sherawat page