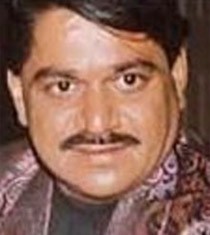 Laxmikant Berde is a Popular Marathi and Hindi comic actor. Laxmikant Berde was born on the 3rd of November 1954, He passed away on Thursday the 16th of December 2004 at his residence in Mumbai after a kidney failure.

Help us improve this page:   Correct or update the Laxmikant Berde page