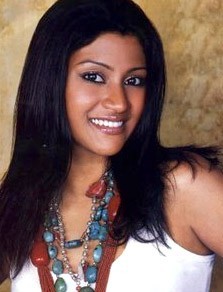 Konkona Sen Sharma also known as Konkona Sensharma is a famous indian actress, who was born on the 3rd of December 1979.

Sharma appears primarily in Indian arthouse and independent films, and her achievements in the genre have established her as one of the leading actresses of contemporary parallel cinema.

Konkona sen first role was as a child artist in the film Indira in the year 1983.

He first appearance as an adult actress was in the Bengali thriller Ek Je Aachhe Kanya released in the 2000.

Konkona Sen father is a science writer and journalist, his name is Mukul Sharma.

Konkona is in a relationship with actor Ranvir Shorey. In July 2008, Her mom confirmed that Konkona was engaged and is living her life in love.

Help us improve this page:   Correct or update the Konkona Sen Sharma page