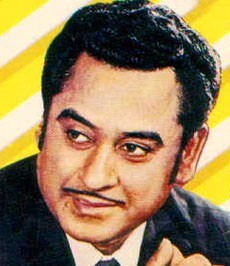 In addition to his singing talent, Kumar was also achieved a big success as a lyricist, director, composer, producer, screenwriter and script-writer.

Kishore Kumar was a prolific vocalist and sang in many Indian languages including Hindi, Bengali, Marathi, Assamese, Gujarati, Kannada, Bhojpuri, Malayalam and Oriya.

In addition to Mohammed Rafi and Mukesh Chand Mathur, Kishore Kumar was one of the leading male hindi playback singers from the fifties to the mid eighties.

Help us improve this page:   Correct or update the Kishore Kumar page