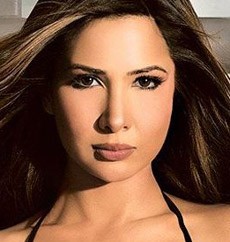 Her full name is Kim Michelle Sharma and she was born on the 21st of January 1980.

Kim Sharma is a simple yet elegant actress, she left the modeling life to become an actress.

In the year 2000, Kim acted her first role as Sanjana in the famous movie Mohabbatein.

In 2009, Kim Sharma played the role of Jenny in the movie Daddy Cool.

In the same year she also appeared in the Telugu movie Yagam and in the Tamil movie Sinam.

Help us improve this page:   Correct or update the Kim Sharma page