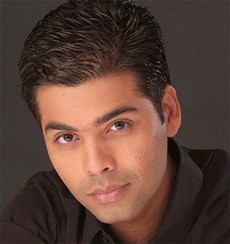 Karan Johar also known as Karran Johhar is an Indian celebrity, movie director and producer. Karan was born on the 25th of May 1972 in Mumbai, India.

Karan Johar is the son of Hiroo Johar and the Yash Johar.

Karan Johar is one of the most successful young filmmakers in Bollywood.

Karan Johar Production company is called Dharma Productions and it was founded by his father.

Coffee with Karan is a famous Television show which he hosted, in which he interviewed many bollywood celebrities.

Help us improve this page:   Correct or update the Karan Johar page