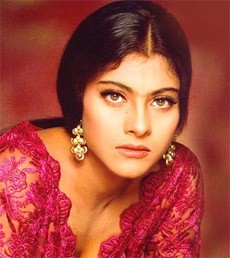 Kajol Devgan, née Mukherjee is a Also known as Kajol Debgôn, her screen and popular name is Kajol, she is a Hindi film actress.

Kajol made her acting debut in the film Bekhudi (1992) and had her first hit with her second film Baazigar (1993) along with Shahrukh Khan, with whom she later went to deliver some of the biggest Bollywood hits like Dilwale Dulhaniya Le Jayenge (1995) and Kuch Kuch Hota Hai (1998).

Her performances in both the films were praised and earned her two Filmfare Best Actress Awards. After the successful Kabhi Khushi Kabhie Gham released in 2001, she took a sabbatical from full time acting for five years. She made a successful comeback with Kunal Kohli's Fanaa (2006), for which she received her fourth Best Actress award at the Filmfare ceremony. She has been part of many critically and commercially successful films, and is highly regarded as one of India's most successful actresses.[1]

Kajol Movies during the 2009 include the movie My Name is Khan along with Shahrukh Khan, another movie called Toonpur Ka Superhero and a bollywood film entitled, Koochie Koochie Hota Hai.

Help us improve this page:   Correct or update the Kajol page