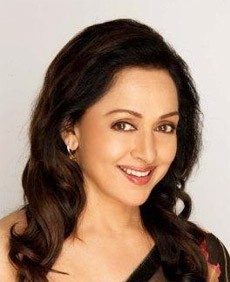 Hema Malini also known as Hema Maliny is a bollywood actress and Bharatanatyam dancer and choreographer.

Hema Malini is considered by many to be one of the most successful actresses in the history of indian films.

Hema Malini is a member of India's Bharatiya Janata Party and represents the party in Rajya Sabha, the upper House of parliament.

Hema Malini is a close friend with famous actress Rekha.

Her first appearance was in the year 1961 in the movie Pandava Vanavasam. Hema Malini had a in a special appearance in the 2007 movie, Laaga Chunari Mein Daag.

Help us improve this page:   Correct or update the Hema Malini page