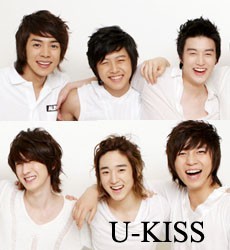 U-KISS is a very popular boy band from South Korea, formed by NH Media in 2008.

Their first hit was “Not Young” from their debut mini-album New Generation. There second album was released in 2009 entitled Bring It Back to Old School.

They released Only One, their first full length comeback album in 2011, with the hit song “0330”.


Help us improve this page:   Correct or update the U-KISS page